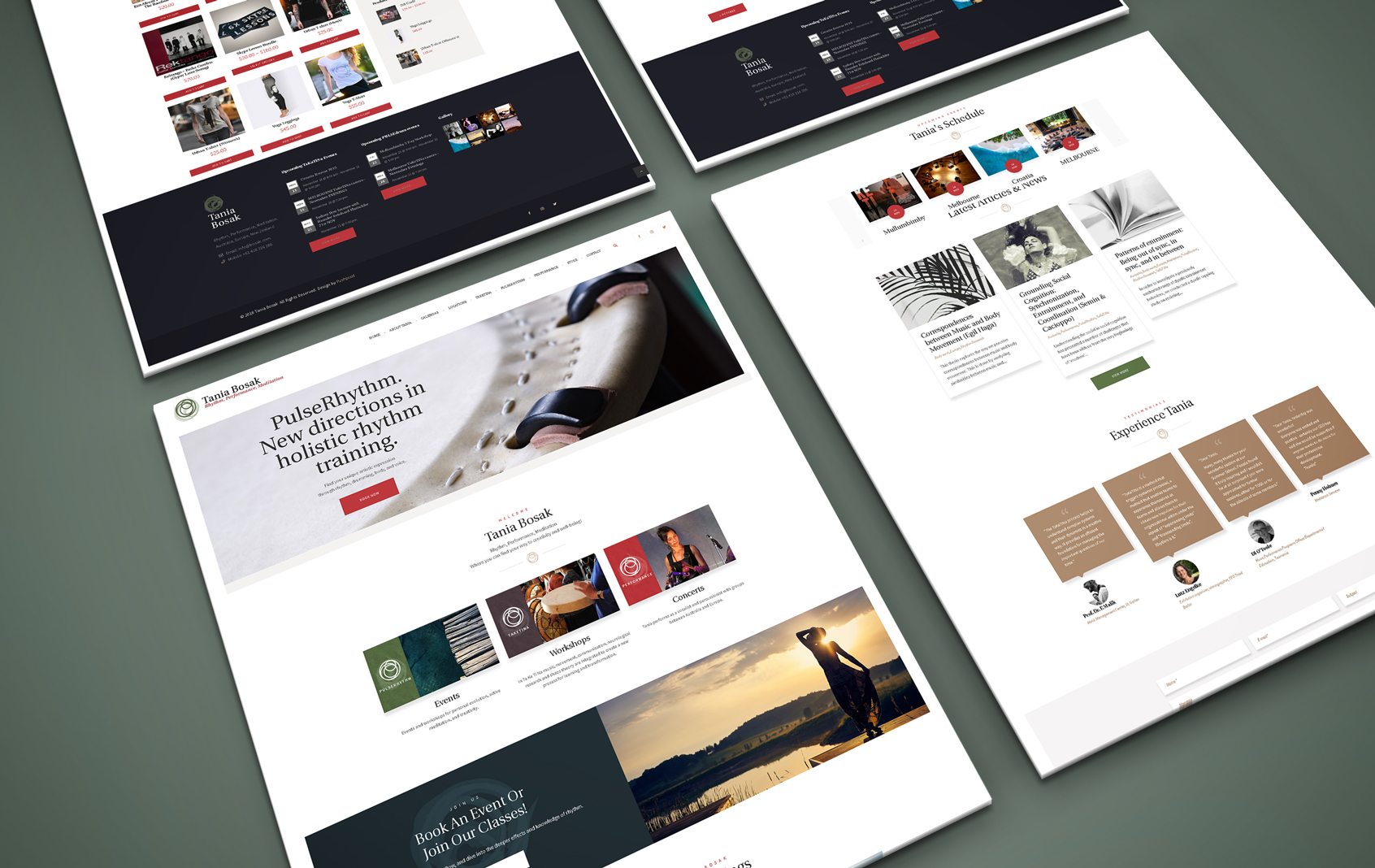 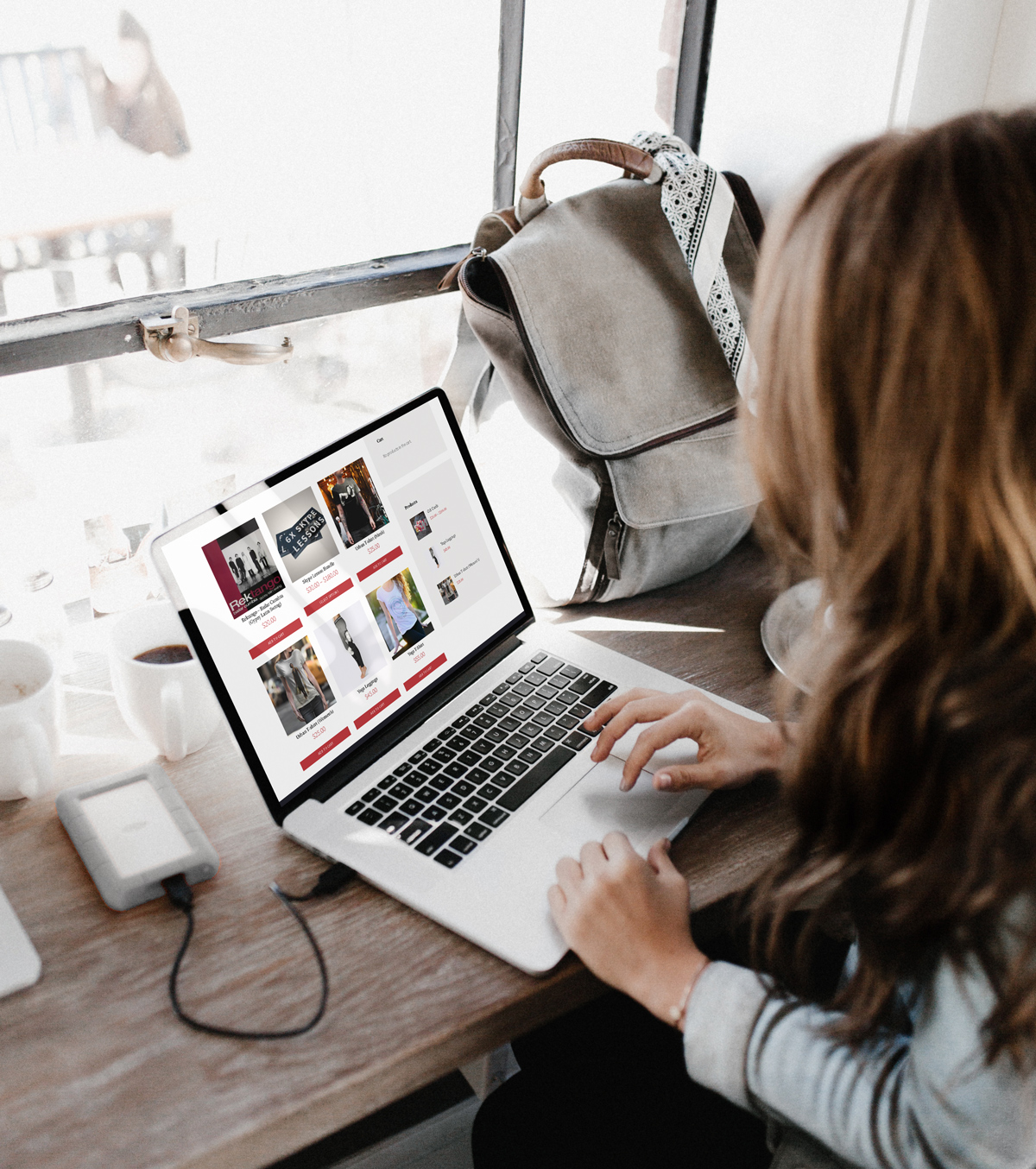 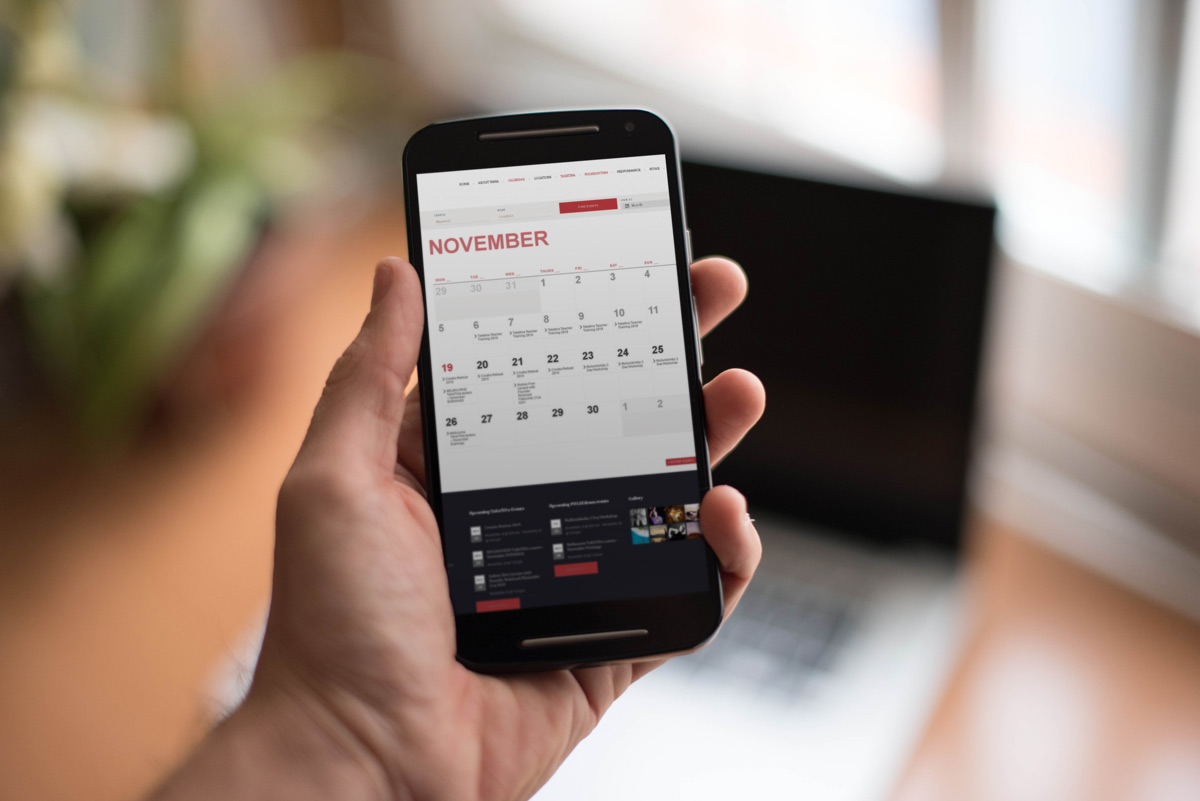 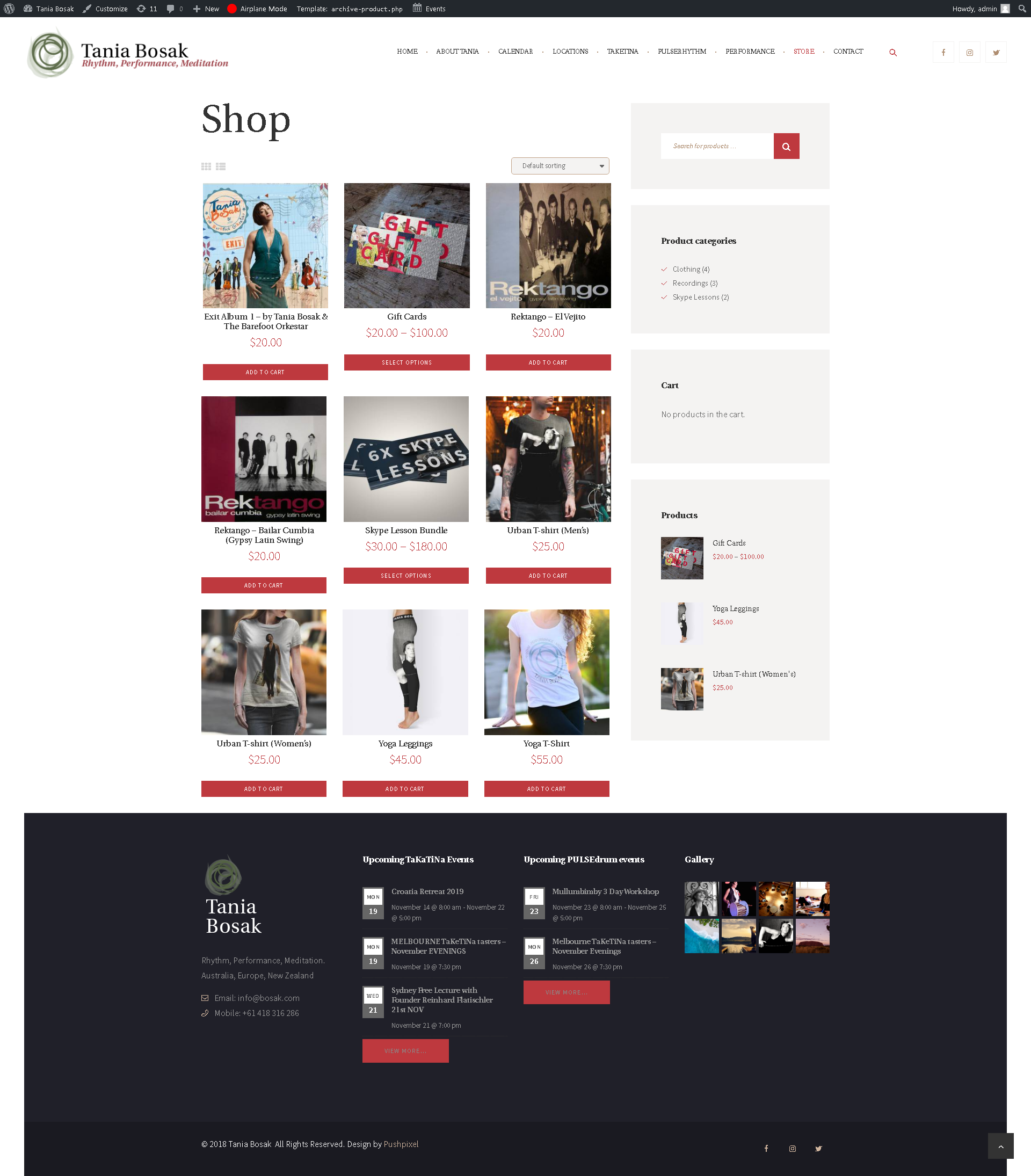 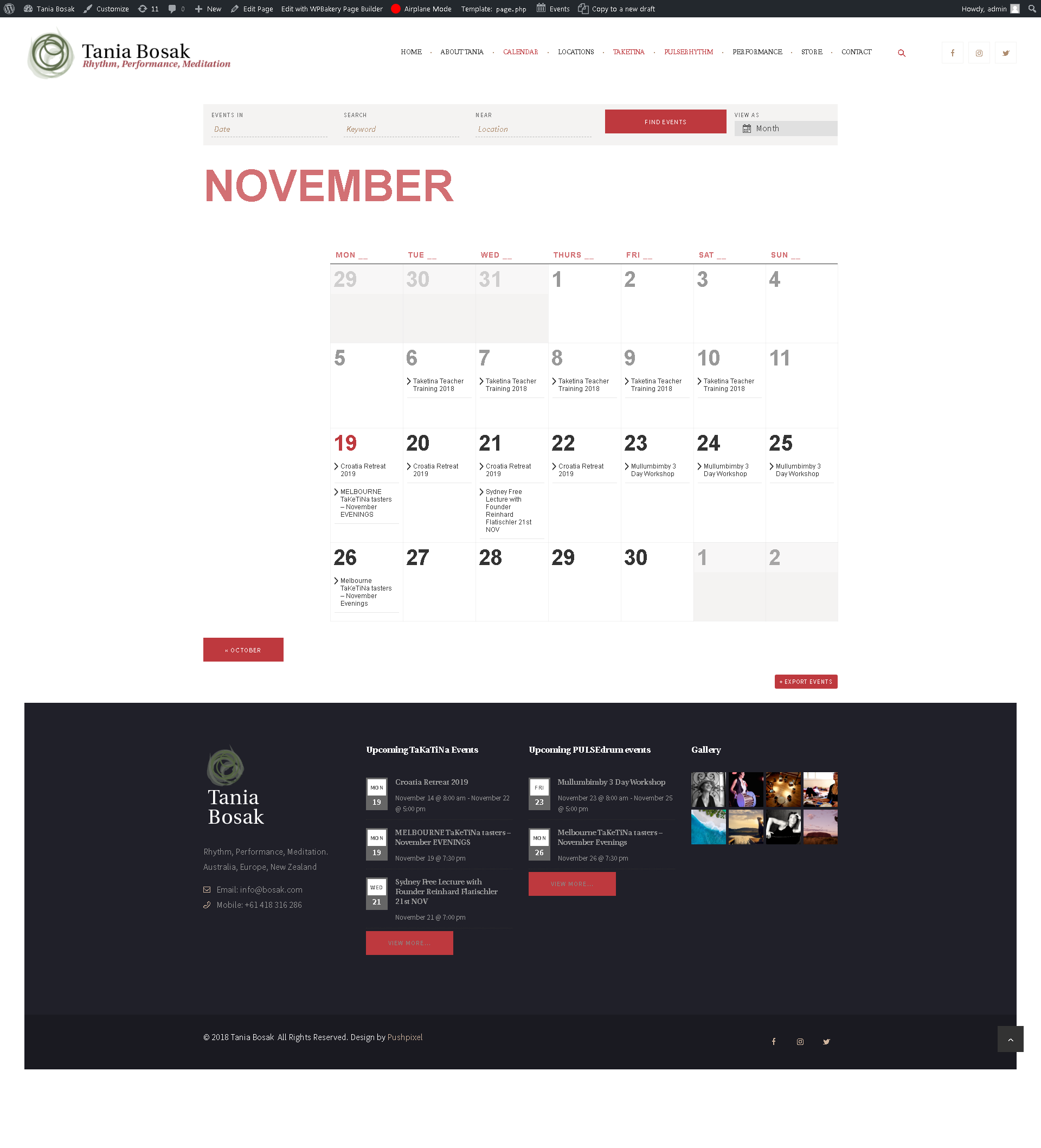 As a diverse musician, Tania works with her ensembles The Barefoot Orchestra, Rektango, and The Beijao, and she has studied and worked with rhythm specialists, Graeme Leak, Greg Sheehan, Bonnie Devlin, David Jones, and the bin and broom-wielding UK group, STOMP. Tania is also a Churchill Fellow and has studied Korean drum and dance forms with Jin Lu Rim, and completed further studies at the SamulNori School in Puyeo.

In 2011 Tania was headhunted and offered a two-year contract to perform with the infamous Cirque De Soleil as performer, drummer, and vocalist, a career highlight and an honor that had to be turned down due to other commitments.